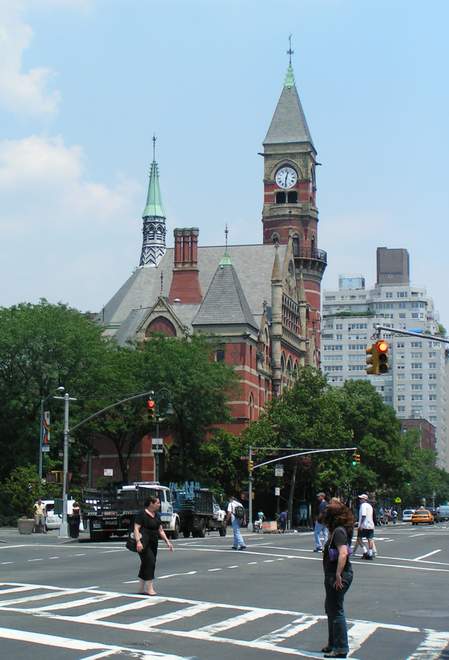 The West Village or Greenwich Village, known simply as, “The Village,” is New York’s bohemia. Homey and intimate, it is a small town in a sprawling metropolis beloved by artists, writers, actors and kindred spirits alike. Many residents are arts-oriented. With names for streets instead of numbers and tree-lined, row house streets, it is easy to forget that one is in 21st century New York City. Since the 1800’s Greenwich Village has attracted the talented and creative. Writers came first, followed by artists and intellectuals. While these days there may be more people in the Village who appreciate the art than create it, the neighborhood’s charm, with its pleasing proportions and unique serenity, remains. The Village is a diverse area offering many different styles of residential buildings. Lower Fifth Avenue is adorned with some of the finest pre-war cooperatives. During the 1960s and 1970s, the Village experienced a building boom, which accounts for the mostly attended hi-rises that are scattered throughout the area. Two of the city’s best public schools, #3 and #41, are located here. Subway: To get to the heart of the West Village, take the A, B, C, D, E, F, Q to W 4th St or the L to 8th Avenue. The 1,9 line stops at Christopher Street. For Greenwich Village the L stops at 6th Avenue and the F and 1,9 stop at 14th Street, as does the A,C,E line.